We’re pairing 8-bit music thematically, rather than based entirely on series. You can find this track and more Tater-Tot Tunes on YouTube! Stop by and Sonic Jam to some great tunes.

No collaboration would be complete without the fun flamboyance of today’s blogger. To you and yours, it’s TWOTALL4UFOOL, and we couldn’t be more excited. You have to check out Justin’s quirky site, where he loves to provide his unique commentary for game reviews. And, of course, you’ll love his entries for The Games That Define Us and Tracking Shells.

Without further delay, let’s kick off this Sonic block! 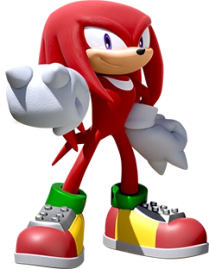 Originally billed as an antagonized (since Dr. Eggman tricked him) he later teams up with Sonic in the game Sonic & Knuckles. What was cool about that game is you could take that cartridge and connect it to Sonic 3 and Sonic 2 and play as Knuckles in those adventures. Once I saw that I figured he was here to stay in Sonic universe. Check out this old commercial below:

Where I think this character really shines is the Sonic Adventure series. In both Sonic Adventures 1 & 2 I feel this character really comes into his own. If you have ever played these games you get to find out more about the Master Emerald and use his powers in his individual story mode in those adventures. I know he also had his own game in Knuckles Chaotix. I recently tried it out but I wasn’t a fan of the mechanics in that game.

Now I feel that Knuckles is one of the most unique characters in video game history. Many may consider him a sidekick but I don’t. I feel Tails is Sonic’s true sidekick. My take on Knuckles is he’s a second main character in the Sonic series. Where he could easily be put into his series of own games if Sega would do it. And his attitude doesn’t scream sidekick either. He’s definitely not a follower. 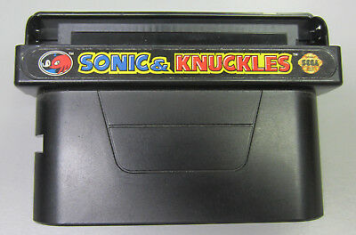 Now how I relate to him is early on in my life I was trying to find myself. Would I be my own man/person or would I just follow the crowd? My mom never wanted me to be a follower. She told me be a leader. And for the most part I did that. I can hangout with my friends in spurts and then completely do my own thing. I didn’t always need the same people around me to have a good time. I definitely ventured in to doing my own thing. And I feel Knuckles is just the same way. He could do many things without Sonic, Tails or the rest of the gang. So come on Sega we want another Knuckles game.

So that’s how I relate to Knuckles. The are many video game characters out there that I could say define me but Knuckles is an awesome character that definitely defines me. If you haven’t check out Knuckles the Echidna in any video games here are some games you should check out.

Try them out and select Knuckles. I feel you won’t be disappointed. How do you all out there feel about Knuckles? Let me know in the comments.