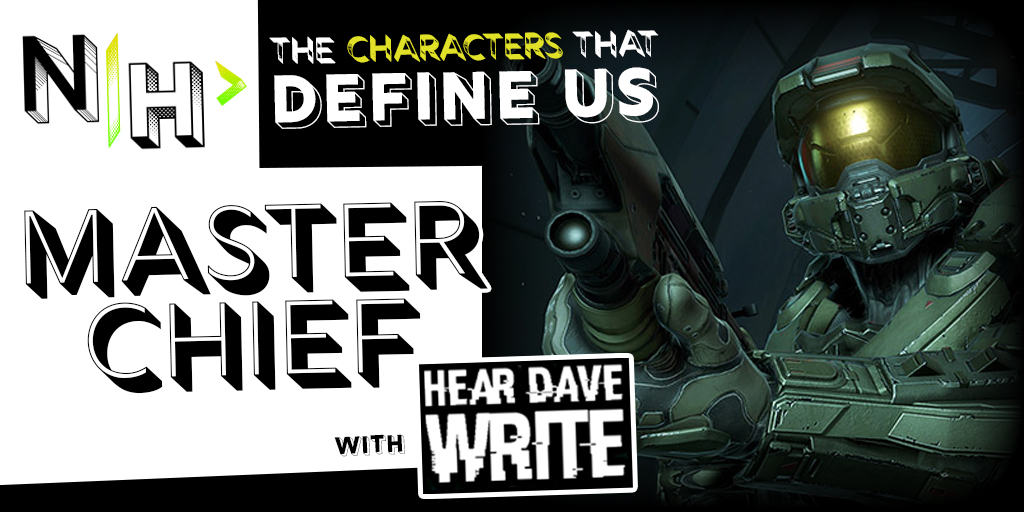 This piece moves fast and chaotically. That sentence can apply to both today’s feature piece and the song we’re choosing to pair with it. And, while Deltarune has next to nothing to do with Halo, it’s hard to deny it fits well the spontaneous nature of Dave’s writing.

We’re pairing 8-bit music thematically, rather than based entirely on series. You can find this track and more Tater-Tot Tunes on YouTube!

Normal Happenings is proud to present The Characters That Define Us, a year long collaboration of 52+ incredible bloggers! We’re excited to present this wonderful piece on Master Chief (sort of) from Dave of Hear Dave Write!

We’re going to be honest: we’ve never seen anyone write in quite the same way as Dave. The name of his blog is Hear Dave Write, and we think it’s a perfectly appropriate name. His words are crafted together almostly lyrically, flowing less topically and more by association. Suffice it to say, we are impressed with the creativity on display in this entry. And with that, we’ll get out of the way and let Dave have the page!

The One About Friendship Evolved

Or: How Mike died (repeatedly) from Dysentery.

I’ve played video games for as long as I can remember.  I grew up playing video games. Floppy discs for Frogger and Dig Dug and all that.

C:\frogger.exe  (I’m pretty sure that’s how it went…it’s been a while.)

I remember playing as Commander Keen exploring Mars, slaying Vorticons, and eventually saving all of the Vorticons you haven’t slaughtered from your eight year old school rival.  I also remember playing as his son, DoomGuy and Grandfather, BJ Blazkowicz, battling demons in Doom and the Third Reich in Wolfenstein.

I played every iteration available from that portly plumber and his band of brothers and dinosaurs (is Yoshi a dinosaur?) as he chased his Princess from castle to castle.

Forward-Down-Forward High Punch; That’s the input for Sub-Zero’s fatality from the original Mortal Kombat.  I rode my bike down to the local arcade (gas station) and sunk so many quarters into that so often that I got grounded.  Violent video games are bad, m’kay. Just ask then Senator, Joe Lieberman. Come closer Senator, you’re not in the right zone, just a little closer…

I could write about all those games.  They all have memorable characters that could occupy a thousand words or more.  But I’m going to fast forward a few years from the grunge and fuzz, bleeps and bloops of the ’90s.

2001. A game odyssey.  Microsoft launched their brand new gaming system; Xbox.  Right there propelling the launch past the sunrise and into the milky way was Master Chief Gunnery Sergeant John-117 and Halo: Combat Evolved.

You don’t know much about the Master Chief from the core games alone, and you know even less about the man underneath that Mjolnir powered assault armor.  He’s a biochemically and cybernetically enhanced supersoldier tasked with saving the world from a variety of foes, domestic, foreign, and galactically foreign.  He’s quiet, but gets the job done efficiently and done well.

He’s a man of few words.  If he speaks too much, it kind of goes against the hardened, battle-worn persona that we all see as the Master Chief.  If he doesn’t speak at all then there’s no way to understand his personal character development and he runs the risk of becoming very dull and one-dimensional.

He’s alone.  He’s lost friends and fellow Spartans throughout his assignments, none of which are expounded upon in the games a whole lot, but all of which help to define him as a character.  Those that he fought with, and fights for, are what ultimately define the Chief. Those that are allowed into his inner circle are his life. Dr. Halsey, Linda… and of course, Cortana.  His ever-present AI partner in saving-the-world.

Much of the action that Chief is involved in throughout the games is in the gameplay.  Chief is in the cutscenes, but he’s just kind of there; he doesn’t interact much in the original trilogy from Bungie.  Their reasoning behind this was that they wanted you to feel as if you were the Master Chief. You were that hero that saved the world from the Flood and destroyed the Alpha Halo Installation 4.

You are the Master Chief.

You were killed by the Master Chief.

Wait, what?  I thought the Chief was a good guy?  Why would I be killed by the Master Chief?  That’s where the real memories of Halo begins for many.  Multiplayer.

Halo: Combat Evolved released before the rise of Xbox Live, PlayStation Plus, Nintendo Online and most other forms of organized online multiplayer.  This was during the time of LAN parties. Land Area Network for the uninitiated and those younger than me, which is probably just about every other contributor here.

With the use of multiple consoles and displays, you could get up to 16 people playing in some epic big team battles.  While that may not seem like much, as a sophomore in college, it made for the perfect distraction.

The best, and worst was when someone had a fancy new projector and you could use the whole dorm wall as your screen.  At the same time that it made it easier for you to see all the way across the Blood Gulch map, it also made it easier for those filthy screen-watchers to use the extra-large shared wall for an unfair advantage.  You know who you are. STOP SCREEN-WATCHING MIKE!

Back to the Master Chief though.  Every participant in every multiplayer battle was the Master Chief.  That is, you were the character model of the Chief. You could go through and change your color scheme, controller layout, and finally, a unique player name.

Sure there were the obvious name choices of The Flood (one of the main antagonists in the Halo universe.)  Rambo. Predator. Thor. Terminator.

There were more unimaginative ones that were just there to play.

And then there was me…

“Miguel was killed by Dysentery.”

Is that better than “You were killed by Master Chief”?  Maybe, maybe not so much. I’ve never had dysentery so I can’t say for certain.  What I can say is that was my screen name almost every game. Sophomoric? Quite.  But it was just one more little nuance to the game that brought more than one belly laugh when you would see it pop up on the screen.  It never got old when playing with roommates, and it was especially rewarding when playing with newcomers to the party.

As Halo’s universe, and the Chief have evolved (no pun intended) with each successive title, we’ve gotten further and further from that silent, stoic, supersoldier of the past into a much more humanized version of the Chief.

It’s easier to see the toll that’s been taken on the man behind the mask as each game dives a little deeper into what drives this single soldier to keep going when it seems that all hope is lost.

That’s what I remember most about Halo: Combat Evolved and Master Chief Gunnery Sergeant John-117.

That, and the sound of the Magnum M6D handgun as it dropped Miguel one more time.

Want to learn more about the lore and etymology of Master Chief?
See the latest Magipedia entry on Master Chief from The Well-Red Mage! 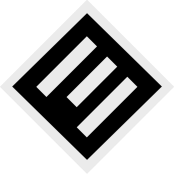 NEW QUESTS are announced every Saturday in 2020!