< Star Trek III: The Search for Spock and Minding the Gaps of Life | Star Trek V: The Final Frontier and the Secret Pain Disillusionment  >

Is that the logical thing to do?
No, but it is the human thing to do.

There’s never been another Star Trek film like Star Trek IV: The Voyage Home, which is in my opinion one of the most fun films ever made. There’s a reason it absolutely destroyed the box office when it came out in 1986 — it was actually released on my birthday — and really wouldn’t be rivaled until the 2009 J.J. Abrams reboot. The movie is purely enjoyable on a pure visceral level, smart enough to keep the audience engaged, intensely gripping when the stakes are high, yet loose enough to where you can relax and have a good time.

This is the part where I briefly touch on the negatives. Voyage Home is, by nature of being a comedy, going to have some drawbacks. There are a ton of plot-holes and nitpicks, none of which I care to go into because they don’t bother me. Some don’t like the art film-style time travel scenes… I personally like them quite a bit. To me the biggest issue, though, is the soundtrack. This is likely because I’m spoiled. I’ve got James Horner on one side and Jerry Goldsmith on the other — two of the most celebrated composers of all time. I feel Star Trek IV goes way overboard (puns always intended) in it’s pursuit of comedic musical tone. I have a fantastic idea: let’s recut Voyage Home with Final Frontier’s incredible music.

*listens to Star Trek V soundtrack while typing this*
Perfect!

Captain! There be spoilers here! Travel back in time if you want to avoid them. 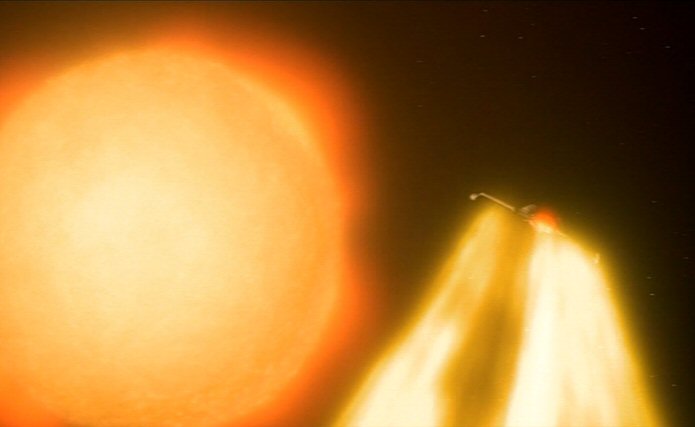 It’s no wonder the audience came in droves. With the first three movies, Star Trek had been so dark and serious for so long. As Kirk said in Wrath of Khan, “we’ve been through life and… death together.” I have no idea how the filmmakers had the talent to carry these dark undertones into a comedy and manage to knock it out of the park. And it’s not like those undertones are ignored for the sake of a romp through the 80’s. No, if anything they’re dialed up to eleven. The threat level and disaster portrayed when the probe comes makes Khan’s attack look like a kid with a water gun. Spock has some major personality issues to overcome recovering from, you know, death. Conflict with the Klingons is naturally at an all-time high. Kirk and his crew face expulsion from Starfleet. And, oh yeah, Earth is getting destroyed. Yep, that checks all the boxes for being another dark Star Trek tale, just like the rest.

Yet it’s not. It’s nothing like that. Nobody even dies in this film. You see, Star Trek IV: The Voyage Home is about finding yourself — specifically your best self. Thematically, the entire film comes down to this concept.

On a macro level, the Earth is dying due to environmental negligence, and it’s up to the best people of a more enlightened humanity to recover that critical missing piece. Indeed, without the character development of these seven people, Earth and all life on it would have died despite the technological progress of the twenty-third century. We never know when our present-day Earth will receive a similar threat — not by aliens, but rather by our own incompetence. It is, then, a blessing that humanity has some amazing, intelligent, and unique people who can hopefully deal with disasters as they come.

And on a micro-level, each character goes through their own little character arc of progression in some form or another — a true ensemble piece. Well, except for Sulu and Uhura. Poor Uhura never gets any character development, but that’s a rant for another time.

It’s all there: Kirk, though a demotion that is actually a reward, manages to find his way back into the captain’s chair he never wanted to give up. Gillian, though her goodness, is rewarded with a better life in the future. McCoy seeks to save the lives of the people in the “medieval” hospital. Scotty must perform engineering feats “impossible” by even his standards, and Chekov must recover and overcome his injuries.

And Spock… where do I even begin with Spock? What at first begins as a struggle to even overcome the stoicism he has portrayed prior turns into his own genuine self-discovery. Spock has always considered himself a Vulcan, despite his half-human side. And yet, through the events of the film, he finally grasps that he no longer must cling to that rigidity. Spock is not human, and he’s not Vulcan. He is Spock — he is himself. In this film, the character truly grasps that wisdom comes from an understanding of yourself rather than adherence to a core set of philosophies.

Often, both in fiction and in real life, it is darkness which leads us to a greater understanding of ourselves. For Spock, it was literally dying. For us, here in real life, it could be any number of things: dealing with the death of a loved one, relationship loss, financial hardship, dealing with people who don’t like you, feeling spiritual conviction, and so on. For me, it was pain and the healing I experienced consequently — a realization that there were things in my life I didn’t quite have in order. At the time, I didn’t understand why it was happening, but now I realize it was making me my better self. 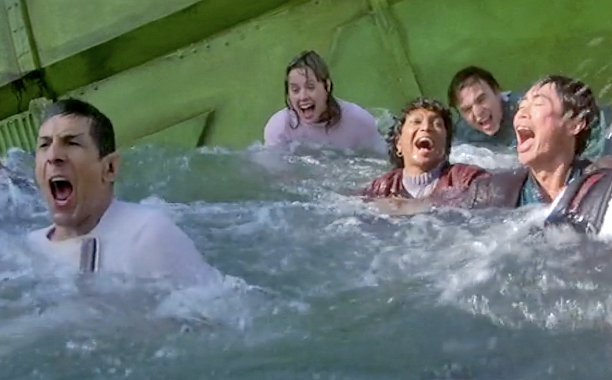 Because of this, I get to enjoy being me! I still recognize the darkness in the world, and I still fight harder than ever to change it. To be the best person possible and be a positive influence on those I meet. And to gain wisdom in life from both the big and little things.

What has happened in your life to help you become your better self? I would love to discuss, and I really like responding to comments. Also, what did you think of Star Trek IV: The Voyage Home? Did you have as much fun watching it as I did? Let us know in the comments below.

< Star Trek III: The Search for Spock and Minding the Gaps of Life | Star Trek V: The Final Frontier and the Secret Pain Disillusionment >